Terry Thornton CDs for Sale - Sales Suspended at this time!

CD Orders Temporarily Suspended!
No CD Orders are accepted at this time.

Cemeteries of the Hill Country:
Includes 15 cemetery transcriptions done in 2009 with links to marker photos
$10.00

New Hope Cemetery: 2008 transcription includes about 1,800 burials and links to photos of grave markers
$10.00 of which $5.00 is a donation to the Cemetery Perpetual Fund

Cemeteries of the Hill Country
http://cemeterieshillcountry.blogspot.com/ 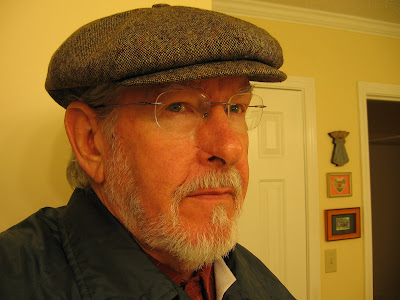 Dr. William Terrance “Terry” Thornton, 71, died at his residence on August 9, 2010. Born on July 26, 1939, to the late Garfus Sherman and Letha Hollingsworth Thornton, he was a native of the Parham Community in Monroe County.

Terry attended public school in Monroe County and graduated from Hatley High School, Class of 1957. He earned three degrees, including a doctorate, from the University of Mississippi.

Terry married Betty Ann Rooker of Tupelo on December 17, 1961. Terry taught briefly at Brookhaven High School before returning to North Mississippi to teach science at Milam Jr. High School in Tupelo and elementary science for the newly-created educational programming at WTVA in Tupelo. These lessons were the first educational TV to be broadcast in the state of Mississippi and were watched both by children in the classrooms and by television viewers in North Mississippi, Western Alabama, and Southern Tennessee. After two years in Tupelo, Mr. Thornton was named an NDEA fellow at Ole Miss. When he completed his doctorate, he began his college teaching career at Troy State College, now Troy University. He later taught in the Troy University System at the Fort Rucker Branch and the Dothan Branch.

Dr. Thornton was a man of many talents and interests. He played the piano and organ at numerous churches, social events, and weddings. He loved both reading and writing and was the author of numerous stories, poems, and recollections of growing up in Monroe County. Terry was a popular public speaker and conversationalist. He was a naturalist and bird watcher. Terry taught countless students and teachers to enjoy studying science.

A Memorial service for Terry Thornton will be held at 10 AM, Thursday at the funeral home with Rev. John Foster officiating. Inurnment will follow in Lann Cemetery.

Visitation will be from 5 – 7 PM, Wednesday at the funeral home.

Memories and condolences may be shared with the family at picklefh@att.net. Arrangements for the Thornton family are in the care of E. E. Pickle Funeral Home, Amory; 256-2644.